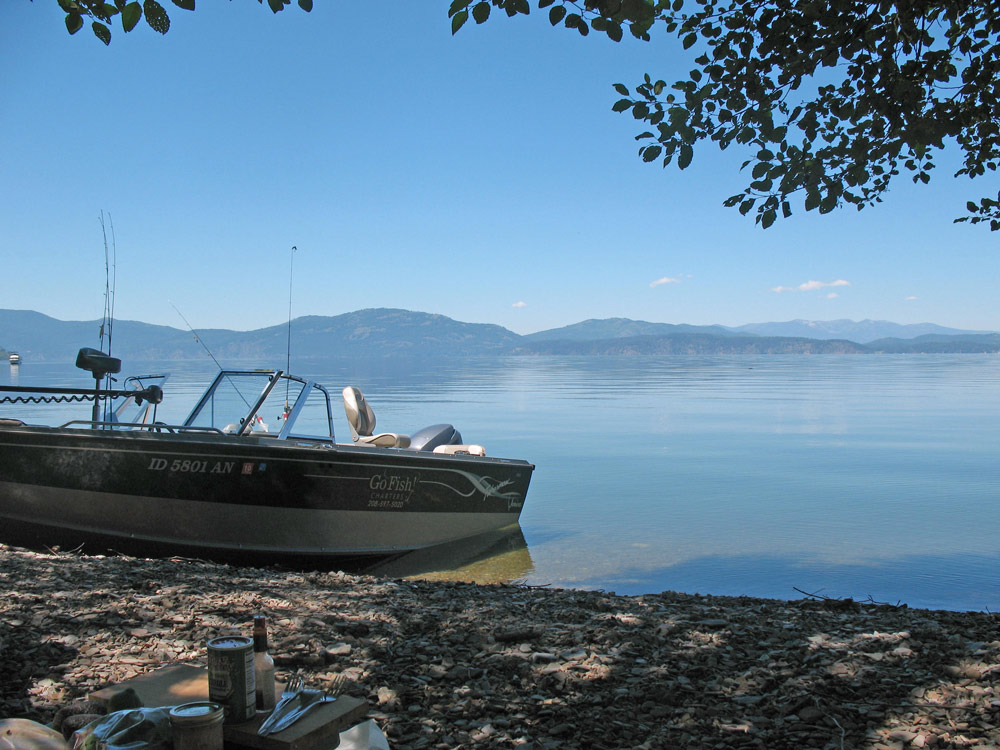 Nestled between tree-covered mountain ranges in the north Idaho Panhandle, Pend Oreille boasts a surprisingly moderate climate that allows for exceptional year-round recreation. The lake is fed by the world renowned Clark Fork River and forms the headwaters of the Pend Oreille River.

At 1200 feet, it is the 5th deepest lake in the U.S. and the largest natural lake in Idaho. Well, it's almost natural.  Two dams essentially on the Montana and Washington borders alter the natural lake levels and flow regime.  The Cabinet Gorge Dam to the east creates an eight mile tailwater trout fishery and barrier to upstream fish movement.  Albini Falls Dam to the west controls the Lake Pend Oreille water level. 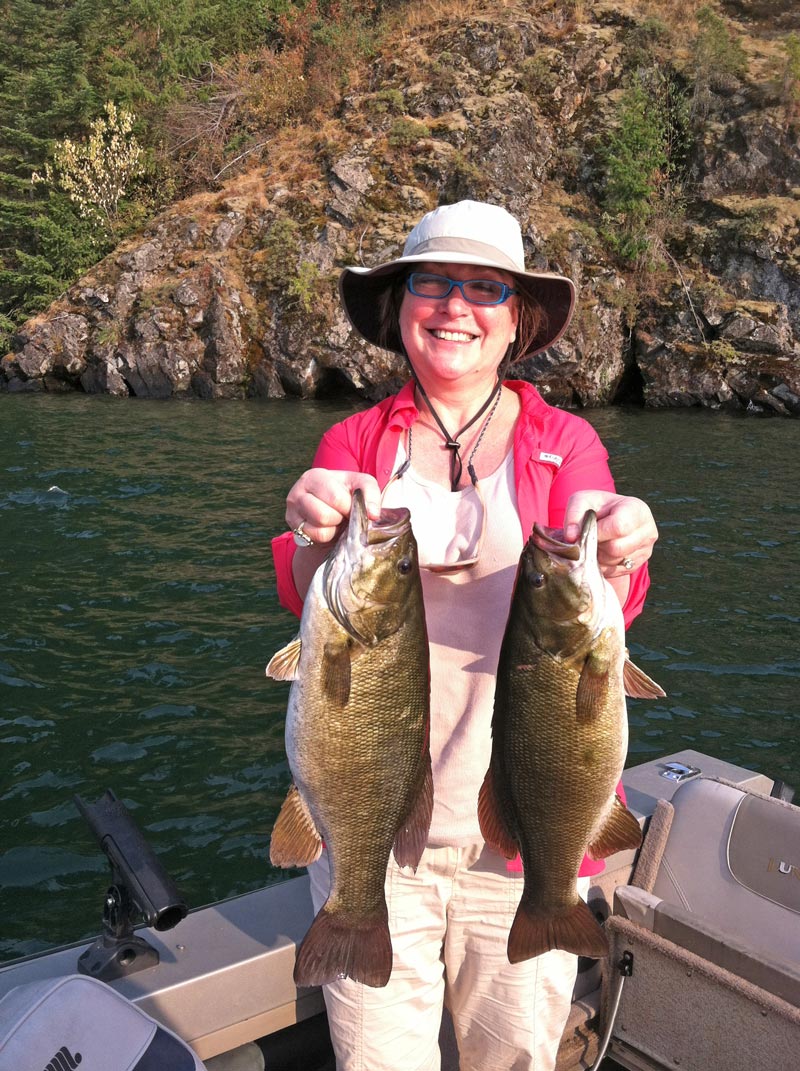 Raising the natural lake level created hundreds of acres of habitat for warm-water fish, but had little effect on the traditional cold-water fishery the lake is known for. The result is an incredibly diverse fishery and a fascinating study in fisheries management. Throughout the course of the year, we may target a dozen or more species of gamefish. Generally speaking, we go after cool/cold-water fish when the weather and water is cool/cold. From November through March, this usually means targeting trout including Gerrard Rainbow, Bull, Brown, Lake, and Westslope Cutthroat Trout.  As the water and weather warms, we transition to targeting warm-water species including Largemouth and Smallmouth Bass, Walleye, Northern Pike, Yellow Perch and Black Crappie. Notable exceptions to the general rule are trout fishing (including dry-fly fishing) throughout the summer and fall on the Clark Fork River, and Kokanee fishing on Lake Pend Oreille.

Go Fish! protocol on keeping fish is essentially the same as advocated by the staff at In-Fisherman Magazine in that we acknowledge and value the necessity of eating fish for health and perspective, but also recognize the importance of sharing the resource and providing for better fishing for tomorrow. As Mark Liter, retired Idaho Department of Fish and Game biologist likes to say, "A true sportsman does not keep his limit, but rather limits his keep". That said, I have somewhat of a sliding scale on fish harvest. Bull and Cutthroat Trout are our only native sport fish and are mandatory catch-and-release. Gerrard Rainbows are the only species currently managed for a trophy fishery, and we rarely keep one. Smallmouth bass are prolific but slow growing, long lived, and amazing sport, so while we do eat some smaller ones, we release all over 14". The boat limit for walleye is six with none over 24". Northern Pike are the newest fish on the scene and, while they are tasty table fare, we still release more than we keep. I am happy to send home a meal of crappie or perch, and even have a killer fish taco recipe to share. Kokanee are absolutely delicious smoked (think fish bacon) and, because they grow and mature rapidly, provide for a sustainable catch-and-keep fishery. 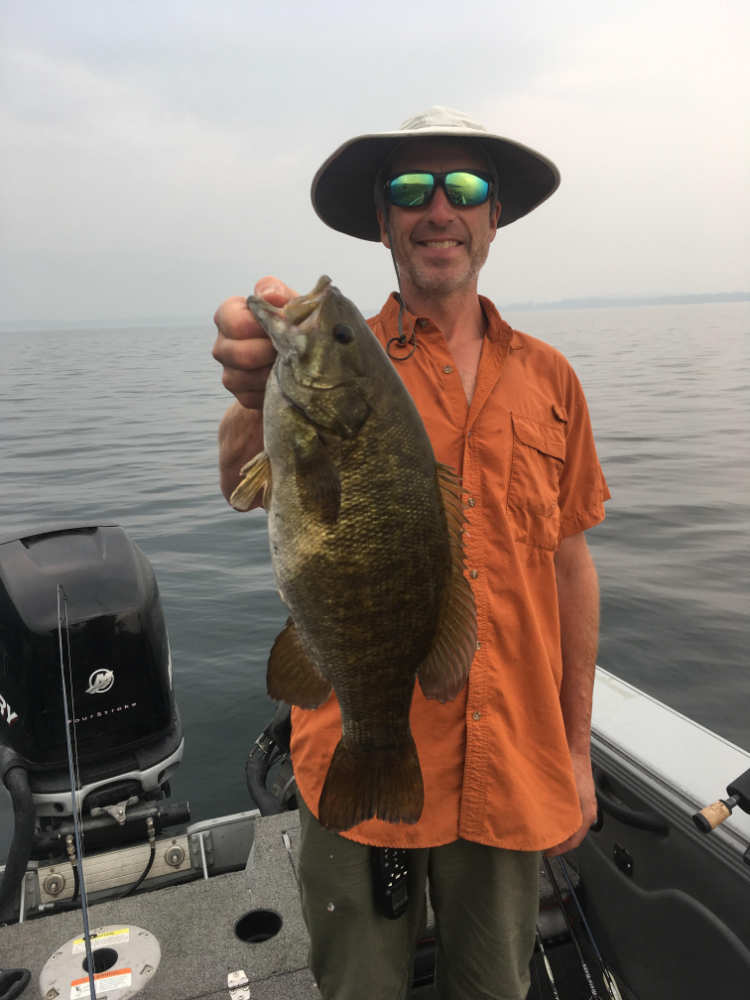 With 30 years of fishing experience, Chad has worked with and caught fish around the world. As a trained fisheries biologist, he has a broad perspective and unusual insight into fishing and fish management. Lake Pend Oreille's natural beauty and phenomenal fishing led him to guide its waters.

Chad is a licensed master with the U.S. Coast Guard, a registered Idaho outfitter and guide, and is bonded and insured.